Rabbinic Judaism vs. Christianity in the 1st Century

Parting of the Ways 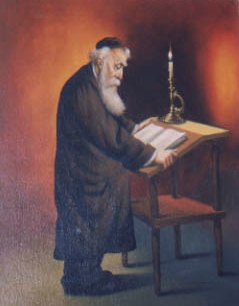 Prior to Yeshua's coming that remnant has always existed. Just as when Elijah believed himself to be the only prophet left in Israel, God showed him there were 7000 who had not bowed the knee to Baal, it is reasonable to assume that even if one Jewish believer could be ascertained in writing in a given generation, that believer is just the tip of an iceberg.

Jewish believers have been called by many names, among them Notzrim (Nazarenes), Ebionim (Ebionites meaning poor of this world, but rich in faith), maaminim (believers), minim (heretics), anusim (forced converts), meshumadim (apostates), Hebrew Christians, Jewish Christians. In the last thirty years, the term of choice that has gained ascendancy both in the Diaspora and in Israel is Meshichim Yehudim (Messianic Jews) which both retains the identity of Yeshua as Messiah and the Jewish identity. Thus, the faith of this regrafted branch is called Messianic Judaism, vying for recognition as a legitimate faith for the Jewish Nation, not for a place among the other brands of Judaism.
Messianic Judaism recognizes one root (God of Abraham, Isaac and Jacob who sent Yeshua his Son and His Holy Spirit) and many branches (each being the faithful remnant of a nation). There are no denominational or sectarian or other religious branches in the olive tree. For example, there are no Protestant or Catholic branches, no Jehovahs witness or Mormon branches, no Islam or Bahai branches, etc.
The Jewish Church has been described as surviving a few generations and then becoming more and more evidently a futile anachronism as the main body of the Church grew up into a stately tree in the eyes of all men: and at length dying naturally away.
This point of view can no longer be held by the serious investigator. Gentile Christianity has been intelligibly enough preoccupied with its own rise to power and influence, and in the first flush of that power it sought by anathema, suppression and wholesale destruction of documents to overthrow the witness of Jewish Christianity. If there was a death at all, which there is good cause to doubt, it was no natural one; it was matricide. Far from becoming a futile anachronism its spirit and human activity has persisted until the present day, and is even now undergoing a revival on a scale unknown since apostolic times.

Commenting on Romans 11:1-7, Arnold Fruchtenbaum identifies the remnant as a believing Jewish remnant:
The question here is whether or not God has cast off his people Israel. Paul answers in the negative. His proof is himself; he is a Jew who believes. The critic may argue that the Jews who believe are a very small minority; so it does not follow that the nation has been cast off? Again the answer is negative. What is happening now, Paul explains, is what has always happened throughout Jewish history, that is only a remnant believes. It is always the remnant that believes. This was true in Elijahs day and it is true today. The fact that the majority does not believe is not evidence enough that the whole nation has been cut off. The point is that in Israel, past, present, and future, it is the remnant that is faithful to the revelation of Grace;  The remnant is always in the nation, not outside of it; the Hebrew Christians, the present-day remnant, are part of Israel and the Jewish people. Their Jewishness is distinct. Isaiah 1:9 and 65:8 point out that it is the remnant that is keeping Israel as a whole alive. Because of the Jewish remnant, God did not permit the success of the many attempts throughout this age to wipe out the Jewish people.

Though the number of the sons of Israel be like the sand of the sea, it is the remnant that will be saved (Romans 9:27)

If you are Gentile, and a messianic believer, you also are part of a chosen remnant of your tribe or nation (Rev 5:9; Rev 7:9) just as the believing Jew is part of the chosen Jewish remnant. Historically, several factors have contributed to a loss of visibility and witness of the Jewish believing remnant:

In the Apostolic age

In the Church Age

How seemingly impossible odds may cause or fail to hinder the rebirth of Messianic Judaism:

In the Age of Transition to the Jewish-Messianic Congregations

What does it mean to be part of the Jewish remnant?

If you have comments, please add them below.

Rabbi Dauermann,As I am seriously codnsneriig my own place as a Christian in light of the questions you pose, I would like to draw your attention to my comments on your July 6th post, Judaism: The One and Only Non Non-Christian Religion. What difference would it make to how you word the question if the broader Jewish community were to eventually see some forms of Christianity as non non-Jewish ?I have two reasons for wrestling with this question myself. One is academic; the other deeply personal. On an academic level, New Testament and early Christian studies have reached a level today where it is almost mainstream to talk about Yeshua in the context of a wider first-century Jewish movement. This is causing quite a stir in seminaries, both in Biblical Studies and Theology, as it becomes clear to unsuspecting neophyte students that Constantinian/Anti-Semitic/Oppressive Christianity (the language depends on the school) developed most of its traditions on terms that many Christians can no longer keep as a part of their faith understandings and community practice. (Deconstructing the apparent Antisemitism in the texts of the Gospels and teachings of tradition is just one area where this is happening.) Similarly, Jewish Scholarship is increasingly embracing early Christianity as validly Jewish in the context of the multiple forms of Jewishness of the first and second centuries. (The most recent publication of Oxford Press's The Jewish Annotated New Testament, NRSV and, particularly, the work of Boyarin are prime examples.)Secondly, and more on a personal level, I have chosen to remain and serve within the larger Gentile Church community, even though I find myself and my theology more in line with a more Hashivenu brand of theology and community. There are many reasons for this. For one, I was not born or raised in a Jewish family so there is no ethnic or cultural connection; but, there are many reasons for having trouble identifying myself with many Christian communities, too. I personally find the lack of narrative and historically embedded practice of Christian Sacraments a challenge. I cannot depart with them, as I believe this is the only traditionally acceptable way of passing on our story from generation to generation in a way that still keeps of a united community. I.e., a non-Hebraic sacramental is historically and theologically challenging for me, but I find it, nevertheless necessary as one called to congregational leadership. But, more importantly, I was very influenced by the week I spent in class under you in 2005, where I became convinced that continuing this conversation from within the wider Christian community was deeply important.In other words, your questions seem to ask about your form of Messianic Judaism in relation to a wider Israel . Yet, I believe their is also an important question which underlies this line of questioning. Now that the Christian communities and academics have recognized, many sincerely repentantly, the Antisemitic and supersessionist reading of the Church as Israel, how then, might non-Jewish Christians rightly see themselves in relation to Israel and I am specifically referring to the people carrying on the covenant of Abraham as explained in the Torah, not necessarily Israel in the modern, nation-state sense?(I know this is a very loaded question. If you would be willing, I would certainly invite you to post or share on my blog, as I would love to have others within my connected communities also get involved, in a peaceful and considerate way, in this discussion.)Shalom,Michael Anthony Howard

That is beautiful!!Write some more, please.

Formatting paragraphs is tricky especially when text is in a table cell. Please take care of it.