that modern Israel is different from ancient Israel? More specifically, does God really think that the passing of 2000 years time has invalidated the identity and role that God originally called Israel to accept?? 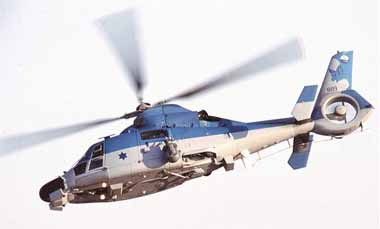 The answer to this question involves these three factors: 1) the people, 2) the covenant, and 3) the land. All three were clearly stated to be eternal.

Here are some Bible passages that provide an answer for this question:

8 But Abram said, "O Sovereign LORD, how can I know that I will gain possession of it?"
9 So the LORD said to him, "Bring me a heifer, a goat and a ram, each three years old, along with a dove and a young pigeon."
10 Abram brought all these to him, cut them in two and arranged the halves opposite each other; the birds, however, he did not cut in half.
11 Then birds of prey came down on the carcasses, but Abram drove them away.
12 As the sun was setting, Abram fell into a deep sleep, and a thick and dreadful darkness came over him.
13 Then the LORD said to him, "Know for certain that your descendants will be strangers in a country not their own, and they will be enslaved and mistreated four hundred years.
14 But I will punish the nation they serve as slaves, and afterward they will come out with great possessions.
15 You, however, will go to your fathers in peace and be buried at a good old age.
16 In the fourth generation your descendants will come back here, for the sin of the Amorites has not yet reached its full measure."
17 When the sun had set and darkness had fallen, a smoking firepot with a blazing torch appeared and passed between the pieces.
18 On that day the LORD made a covenant with Abram and said, "To your descendants I give this land, from the river of Egypt to the great river, the Euphrates--
19 the land of the Kenites, Kenizzites, Kadmonites,
20 Hittites, Perizzites, Rephaites,
21 Amorites, Canaanites, Girgashites and Jebusites.

20 And they will bring all your brothers, from all the nations, to my holy mountain in Jerusalem as an offering to the LORD-- on horses, in chariots and wagons, and on mules and camels," says the LORD. "They will bring them, as the Israelites bring their grain offerings, to the temple of the LORD in ceremonially clean vessels.
21 And I will select some of them also to be priests and Levites," says the LORD.
22 "As the new heavens and the new earth that I make will endure before me," declares the LORD, "so will your name and descendants endure.

35 This is what the LORD says, he who appoints the sun to shine by day, who decrees the moon and stars to shine by night, who stirs up the sea so that its waves roar-- the LORD Almighty is his name:
36 "Only if these decrees vanish from my sight," declares the LORD, "will the descendants of Israel ever cease to be a nation before me."
37 This is what the LORD says: "Only if the heavens above can be measured and the foundations of the earth below be searched out will I reject all the descendants of Israel because of all they have done," declares the LORD.
38 "The days are coming," declares the LORD, "when this city will be rebuilt for me from the Tower of Hananel to the Corner Gate.
39 The measuring line will stretch from there straight to the hill of Gareb and then turn to Goah.
40 The whole valley where dead bodies and ashes are thrown, and all the terraces out to the Kidron Valley on the east as far as the corner of the Horse Gate, will be holy to the LORD. The city will never again be uprooted or demolished."

9 For my own name's sake I delay my wrath; for the sake of my praise I hold it back from you, so as not to cut you off.
10 See, I have refined you, though not as silver; I have tested you in the furnace of affliction.
11 For my own sake, for my own sake, I do this. How can I let myself be defamed? I will not yield my glory to another.

In the last days the mountain of the LORD's temple will be established as chief among the mountains; it will be raised above the hills, and peoples will stream to it.
2 Many nations will come and say, "Come, let us go up to the mountain of the LORD, to the house of the God of Jacob. He will teach us his ways, so that we may walk in his paths." The law will go out from Zion, the word of the LORD from Jerusalem.

11 But now many nations are gathered against you. They say, "Let her be defiled, let our eyes gloat over Zion!"
12 But they do not know the thoughts of the LORD; they do not understand his plan, he who gathers them like sheaves to the threshing floor.
13 "Rise and thresh, O Daughter of Zion, for I will give you horns of iron; I will give you hoofs of bronze and you will break to pieces many nations." You will devote their ill-gotten gains to the LORD, their wealth to the Lord of all the earth.

If you still don't agree, please read this.

If you have comments, please add them below.

Wow I must confess you make some very trenchant pinots.

. Your favourite jiicsfutation seemed to be at the web the easiest thing to take note of. I say to you, I certainly get annoyed while other folks consider issues that they plainly do not realize about. You controlled to hit the nail upon the top as smartly as outlined out the entire thing without having side-effects , other folks can take a signal. Will probably be again to get more. Thank you